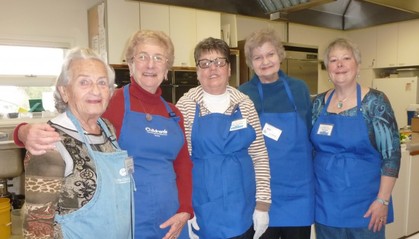 Mary is second from the right

When I joined the Sequim Guild of Seattle Children’s Hospital in 2007, Mary was the acting secretary.  She not only did a marvelous job taking notes and reporting, but made the extra effort to make members, especially those new to the guild, feel welcome and appreciated.

Mary served as chairman for our BUNCO parties which are held four times a year.  At the time, BUNCO was our largest fundraiser and Mary did a mighty fine job organizing all of the details which brought in many happy players and those much needed dollars for uncompensated care at Seattle Children’s Hospital.

As our guild grew, so did Mary.  She volunteered for everything, whether it was manning a table, making a salad, baking a pie or pulling the duty at the annual garage/plant sale, we could always count on Mary.

Mary was also a very talented musician.  She volunteered her musical group to play at several of our holiday bazaar events at the Sequim Prairie Grange and entertained the local vendors and shoppers.  What a treat to have such delightful music!

Mary was a member of a very special group of gals called Jake’s Crew.  They traveled to Seattle Children’s hospital once a month to deliver baseball caps to the little children who had cancer.  This group of ladies, working on their own, raised the money for these baseball caps by their “recycling crayons projects.”  The hospital staff and the little cancer patients always looked forward to their visits.

Mary was a very humble woman.  She really cared about those around her and never wanted credit for anything.  She just went about doing all those needed volunteer things and always with a smile on her face.  I don’t know if many of my guild sisters saw Mary do this, but I did ….. so many times ….. she’d place a large donation in the donation jar at each and every fundraising event.

There is a special place in Heaven for Mary …… I will certainly miss her as I know all of my guild sisters will too.    She was, and continues to be, a special “gem”  that will glow in the hearts of those who knew her.

Sincerely and with love,

Carol Labbe
Guild president
Mary was actively involved in many different music groups. Her philosophy was from the quote Music Is Life - The Rest Is Just details.
Mary was part of the Bells Angels hand bell group for over 14 years. She also performed with the Sequim Community Church bell group, the Trinity United Methodist bell group, played clarinet with the Port Townsend Summer Band  and the Sequim Community Orchestra. She also was part of the Spring Chickens band.
Mary was multi-talented playing the drums, clarinet, saxophone, dobro, piano, hand bells, and was even learning the bag pipes.
Mary's special song was "My Favorite Things." 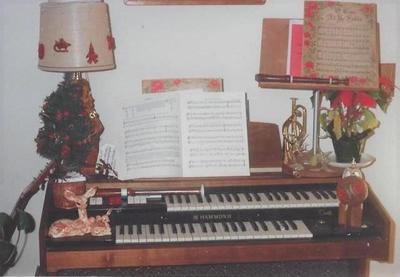 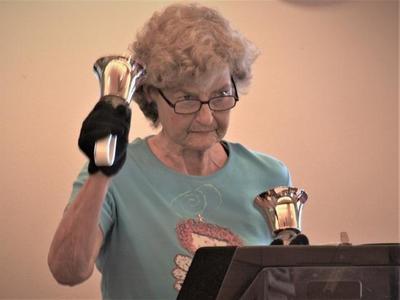 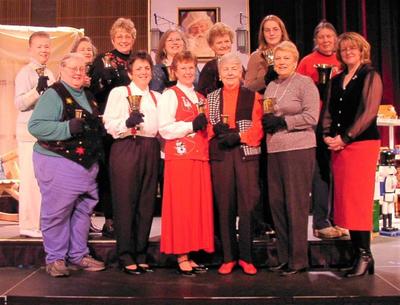 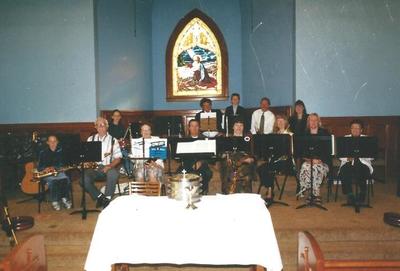 Powered by respect  and admiration for Mary Whitmore